This is part 4 in 6 part blog series Titled; Guilt, Inadequacy, and Insufficient Funds

See bottom of page for details. 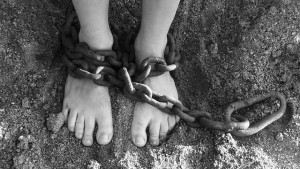 I shared my feelings with my husband, who at the time seemed to be absent emotionally. Maybe it was just me I thought, he acts like it’s no big deal, maybe I’m being too sensitive, but it felt like he was being insensitive.

In those first moments after giving birth, along with joy and amazement I felt for our new son, I also felt guilt. I’d already experienced birth once and knew the joy that comes in those moments right after birth. This is crazy I thought, although I loved him just as much as my first in every way, I still felt guilty.

I didn’t tell anyone about this; surely they would think I was crazy.

In those early days I learned that breastfeeding a newborn, changing what seems like endless diapers, potty training and caring for a two year old is a full time job, who would’ve thought?

Never mind finding time to brush my teeth, to eat a solid meal, or showering! Oh, no that happened when my husband came in after working a long day at his job, I’d hand off the baby and lock myself in the bathroom where I showered, brushed my teeth and thought to myself, I made it!

These days continued on and somehow I managed to survive, take care of two kids and eventually I even accomplished other things like laundry, dinner, and shaving my legs!

After the birth I felt guilty, overwhelmed, exhausted, and inadequate. I felt like I was chained down, emotionally, mentally, and even physically. These chains were debilitating and noone seemed to understand what I was going through.

I needed someone there, to let me get a couple hours of sleep so I could function as a human. It would have been amazing to have someone to make sure I had a few easy to grab snacks in my fridge, to fold that load of laundry I threw in the dryer and let go around two cycles and still had not gotten in there to fold. I would have loved to have someone talk to me, listen to me, validate my feelings, and to encourage me along my journey.

Hiring a professional who is both a birth and postpartum Doula would have provided the continuity of care my family could’ve benefited from and made the overall transition smoother, but I didn’t know about professional Doulas at the time.

I interviewed my husband who’s a very private person. Here are his responses;

Did you experience any feelings of guilt when I was pregnant or shortly after I gave birth?

“I didn’t really feel guilty at all during your pregnancy; I was mostly just excited and nervous. I didn’t really understand why you felt the way you did and it was frustrating trying to figure you out. Looking back though I know that I didn’t have to understand it, just empathize with you.”

When I asked him how about after birth, did you ever feel guilty for anything after I gave birth; he took a while to think about this. Then he responded.

“Yes, I guess I did feel a little guilty sometimes that I had to leave you after two weeks with the kids alone. I know you’re a great mom and you made it look easy, but if it were me and I was with them alone while you worked, I’d be calling you a couple times a day for answers to questions. There were days it seemed you needed me to stay home, but I couldn’t, that was hard. Oh, and when you would tell me to take time for myself. You know I love being together, with all of you, so when I do take time for myself I always feel guilty a little. Oh and you were so sad in the first couple months, probably because you were dealing with postpartum mood issues and so tired, so you never let me live a full nights rest down. I guess I felt guilty about that, yeah I did feel guilty about that, and I felt like your unhappiness was part my fault since I couldn’t fix things.””

Did you experience feelings of insufficiency or inadequacy any time during my pregnancy or after I gave birth?

“Yeah I guess so. You know, I didn’t realize I felt any of this until now, thanks!” Then we both have a nice laugh! He continued, “As I look back I remember wondering if I would be able to support us financially so I guess that is inadequacy, right?” Yes, I told him!

That concluded our interview, my husband is a very private person and I sensed he was done at this point so we wrapped it up.

As a mother of four kids, ranging in ages 6 to nearly 19 years old I now understand that old saying, “they may not be babies anymore, but they will always be my babies!”

I think along with having a second, third, or even fifth baby comes a dose of guilt, it’s what we do with that guilt that matters. You don’t want to let your guilt manifest into becoming an enabler to your children. Let’s ruminate on that for a little while.

Included in this series;